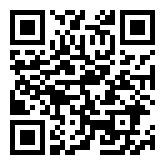 Mulberry Leaf (Sang Ye)
Mulberry leaf, also known as Sang Ye in mandarin, is often used as both food and Chinese herb since it is edible and with amazing medicinal properties. So, are mulberry leaves good for you? The answer is probably YES since it is packed with tons of nutrition and health benefits, in particular on reducing inflammation and lowing abnormally high blood sugar (glucose) levels, blood pressure, and blood lipids. As a matter of fact, the original purpose of growing mulberry tree is to raise silkworms, which feed on its fresh tender leaves and finally make them become silk cocoons. In addition, it is also the source of handmade mulberry paper and livestock feed in drier areas when ground covers are in short supply.

What is mulberry leaf?

Medicinally it mainly refers to the dried leaves of Morus alba L., which is a plant in the family of Moraceae. And other names of it include White Mulberry Leaf, Folium Mori, mulberry tree leaves, and so on. In China it is distributed all over the country, wild or cultivated. When used as medicine it is usually harvested after the first frost. And following steps are to remove the impurities and dry in the sun. It is used raw or baked with honey.Traditionally the one after frost, called “frosted or winter mulberry leaves”, is considered with better medicinal uses.Main chemical compositions are steroids and triterpenoids, flavonoids and its glycosides, coumarin and its glycosides, volatile oil, amino acids and small peptides, alkaloids, and organic acids and other compounds. Steroids and triterpenoids include inokosterone, ecdysterone, stigmasterol, campesterol, lupeol, β-sitosterol and its acetyl derivative, β-amyrin, and the like. Flavonoids and its glycosides include rutin, quercetin, isoquercitrin, moracetin, kuwanon I, and more. Coumarin and its glycosides include bergaten, umbelliferone, scopoletin, scopolin, hydroxycoumarin, and so on. Volatile oil include acetic acid, propionic acid, butyric acid, iso-butyric acid, valeric acid, isovaleric acid, caproic acid, methyl salicylate, guaiacol, O-cresol, m-cresol, p-cresol, eugenol, etc. Amino acids and small peptides include glutamic acid, aspartic acid, alanine, glycine, γ-aminobutyric acid, pipecolic acid, 5-hydroxy- pipecolic acid, proline, arginine, sarcosine, leucine, isoleucine, tyrosine, valine, tryptophan, asparagine, glutamine, serine, lysine, glutathione, etc. Alkaloids include adenine, choline, trigonelline, etc. And organic acids and other compounds include chlorogenic acid, fumaric acid, palmitic acid, Ethyl palmitate, folic acid, folinic acid, vitamin C, alkanes, myo-inositol, hemolysin, etc.

1) Controlling blood sugar. It can reduce blood sugar level, which is closely related to its richness in amino acids, fiber, vitamins, minerals and a variety of physiologically active substances (alkaloids and polysaccharides). Among them the total DNA of mulberry can inhibit alpha-glucosidase activity, which thereby inhibits and delay the starch and food from breaking down into glucose and fructose. As a result, it can significantly inhibit the rise in blood sugar after eating.2) Antibacterial effect. Vitro tests showed that fresh mulberry leaves have a strong inhibitory effect on Staphylococcus aureus, beta-hemolytic bacteria, corynebacterium diphtheria, and Bacillus anthracis. In addition, its plant defensin is anti-microbial.3) Hypotensive effect. The main active ingredient of anti-hypertension is γ-aminobutyric acid.4) Reducing lipid. The main active lipid-lowering ingredient is phytosterols.5) Anti-oxidation and anti-aging effects. The main active ingredient is isoflavones. According to the result of 4-year experiment conducted by the Institute of Clinical Pharmacology in Zhejiang University, it resembles ginseng (Ren Shen) on tonic and anti-aging effects. The difference between them is that ginseng is of warm nature while mulberry leaf is of cold nature.6) Alleviating menopausal syndrome. It can stabilize autonomic nervous system, which therefore help relieve bad moods of women at the change of life, especially when they get emotional and grumpy.7) Melasma treatment. It can treat brown to gray-brown patches on the face. Normally 20 days as a course can make spots or pigment fade away gradually.8) Skin care. Bathing with mulberry leaf decoction helps skin rejuvenation. Or by washing your face it treats facial freckles and dark spots too.9) Getting rid of acne. As you know, acne is an inflammatory skin disease commonly seen in young people. But you may not know that its decoction or fresh juice is an acne remedy that works.10) Hair care. It is rich in copper, which make it an herb that can prevent and treat hair graying. When used in combination with black sesame seeds, it can reverse gray hair and prevent premature gray hair and hair loss.11) Weight loss. Long-term use of mulberry leaf tea can help lose weight. Its diuresis not only promotes urination but also drain away excess water stored in cells. That is the reason why it can reduce inflammation. In addition, it still can empty the excess neutral fat and cholesterol in blood, which actually is also known as blood cleanse. The reason why one is fat is partly because excessive fat storage in abdomen and back. When neutral fat reduces in the blood, stored fat will be thus released and burned in the form of calories. If that cycle repeats body fat will keep decreasing. As you can see, losing weight and lowering blood sugar are somehow interrelated.12) Relaxing the bowels and reducing the swelling. With the action of mulberry leaves, the saccharide that failed to be absorbed by small intestine will be delivered to the large intestine, where with the help of the intestinal microflora it will be broken down into carbon dioxide, hydrogen, butyric acid, propionic acid, acetic acid, lactic acid and other organic acids. As a result, the acidic environment is formed inside and outside of the intestines. As you know, acid can inhibit the proliferation of harmful bacteria and thus improve constipation and bloating. What’s more, it still can reduce edema by removing excess body water.
Recommend Products

1. Dietary Supplement & High Concentration of EPA and DHA .2. Purity & Potency Guaranteed.3. Nutrifirst Biotech Inc. is involved in manufacturing a wide range of Pellets capsules namely sustained release/ Ready to Fill Pellets & Nutraceutical pellets, which we export all over the world.4. We can customize orders to suit any of your dietary supplements needs and help you gain competitive advantage in the industry. We will work with you to make sure your supplement is manufactured in the way you desire and with raw materials you prefer.
Company Profile
Nutrifirst Biotech Inc. is subjected to Nutrifirst Group, which main business includes investment, finance, Dietary Supplements etc. has been a professional supplier of dietary supplements from Nutrifirst Group with high quality according to GMP guidelines and standards in China since 2001, in different dosage forms including tablets, hard capsules, soft capsules, pellets, premix, granules and powder. Our competitive prices, experience, efficiency, and reliability have won confidence and goodwill among our many customers around the world.Our products are exported to USA, UK, Germany, Czech, Poland, Belgium, Hungary, Bulgaria, Singapore, Vietnam, Pakistan, India, etc. 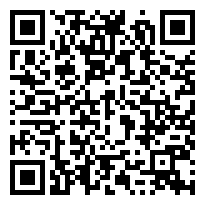